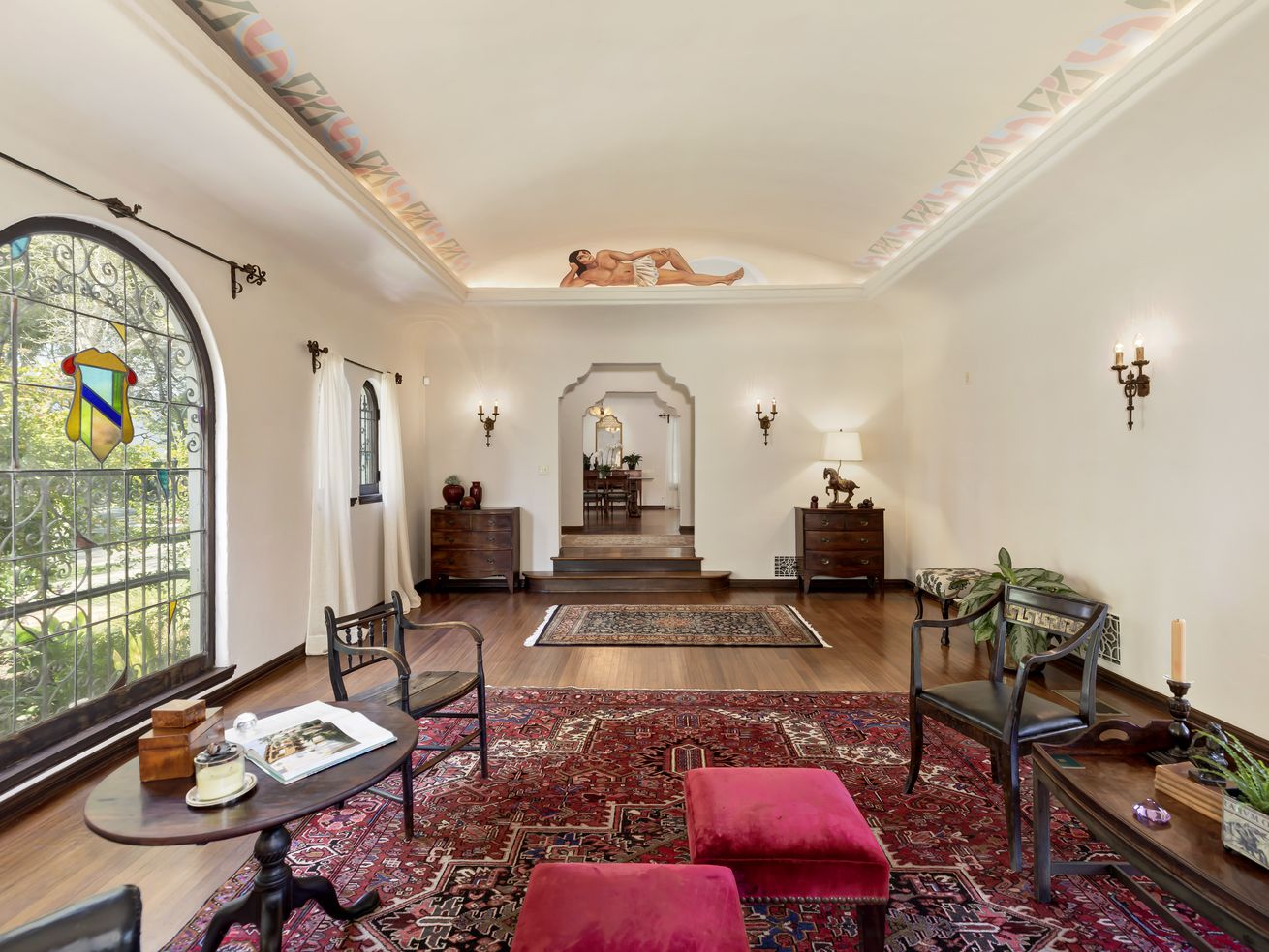 A feast for the eyes

Here’s a heaping helping of eye-candy to enliven a dreary day. New on the market in Hancock Park, this Spanish Colonial Revival was designed in 1928 by Arthur Rouda, a Beaux Arts-trained architect whose projects include Koreatown’s Sir Francis Drake and Benjamin Franklin apartments.

Like a secret speakeasy, the four-bedroom residence at 444 South Sycamore Avenue presents an unremarkable facade to passers-by, but on the other side of the coffered-wood front door, hellzapoppin’.

Kicking off the drama is a turreted two-story entry hall illuminated by an antique wrought iron chandelier and porthole windows. Adding a “choose your own adventure” flavor are three elaborately carved archways, one of which leads to the formal dining room, one to the bedrooms, and the third to a step-down living room.

Delightful details can be found at just about every turn. These include stepped-tray ceilings, stained glass, built-in niches, fireplaces, painted and stenciled murals, and dazzling Art Deco tile.

As for exterior features, there are manicured garden areas, a covered patio, a sizable swimming pool, and a detached two-car garage. On a 9,750-square-foot lot, the property is asking $2.15 million. Anne Loveland and Janet Loveland of Coldwell Banker have the listing.