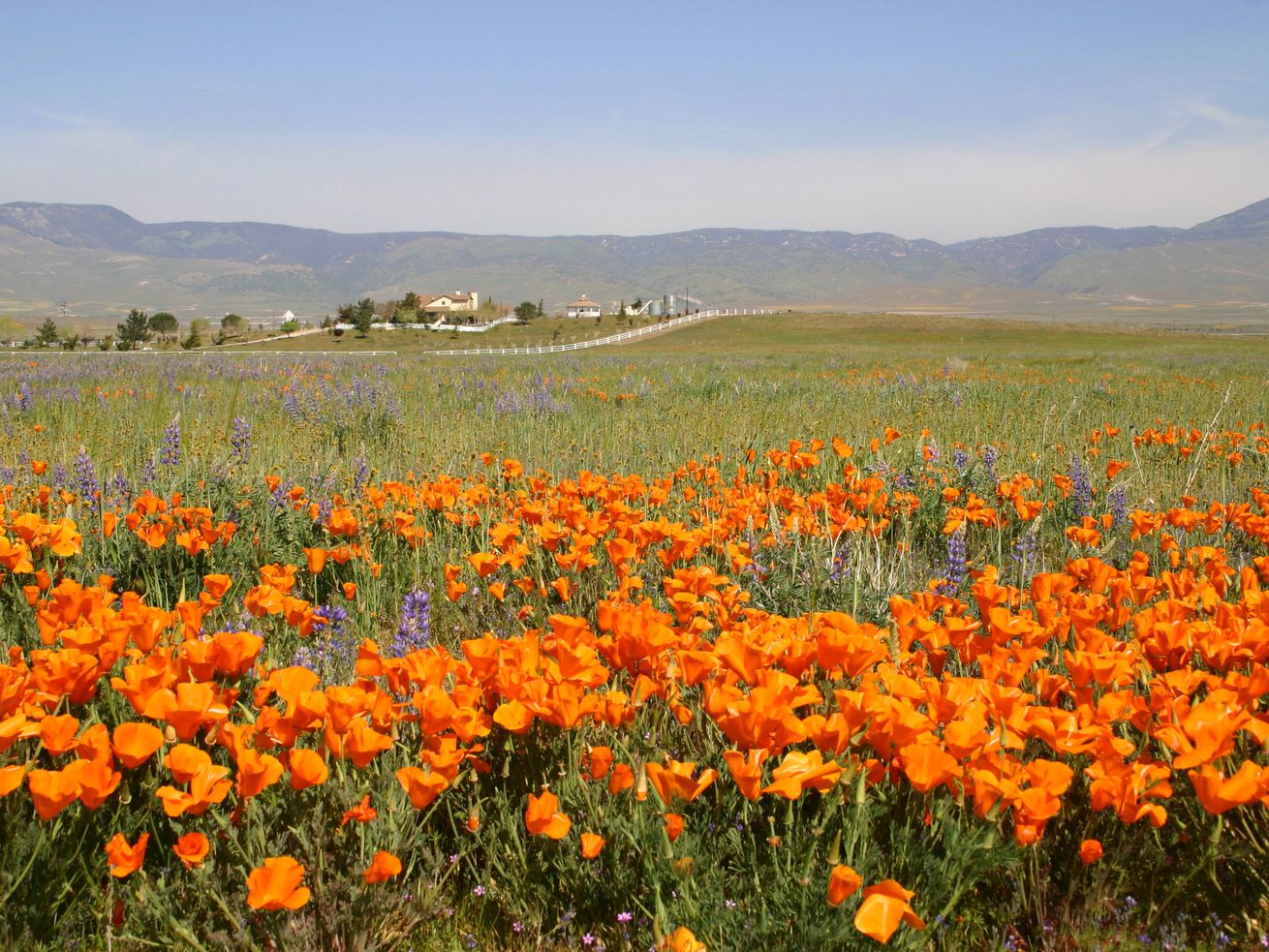 The reserve’s hillsides are still accessible from afar. | Shutterstock

All state parks have been closed to cars since late March to slow the spread of the novel coronavirus, but for those looking to bring a little bit of spring into their homes virtually, there’s always the Antelope Valley California Poppy Reserve’s live stream.

The Lancaster reserve’s webcam alternates between three different views of the park’s rolling hills, which are still doted with the hard-to-miss orange flowers and other brightly colored wildflowers.

Viewers might notice that the patches of orange on the hillsides change every day—or even hour to hour.

“This is not an illusion,” says state park ranger Kevin Overduin. When it’s windy or very cold, the poppies close up, and then “when the sun is out, they spread out their bright petals,” so the ground goes from being dotted with orange to being blanketed by it, Overduin says.

The recent rains gave the flowers a little boost. January and February’s rains were unimpressive, but April alone brought 2.33 inches of rain to Lancaster, where the reserve is located, says National Weather Service meteorologist Kristen Stewart.

While the extra rain might lead to the poppies sticking around for a bit longer than usual, it’s not expected to create anything close to a super bloom, says state park interpreter Lori Wear.

The live camera footage isn’t the only way to enjoy the reserve’s flowers. An April 11 video by one of the park’s interpreters gives a short guided tour of some of the blooms that are out right now—not just poppies, but also forget-me-nots, bush lupines, and goldfields, a sunflower relative—and how to identify them.

Though the flowers are out in full force now, as the temperatures rise, the season will come to a close. The poppies in Antelope Valley are at or near their peak now, says Overduin, so tune in soon.