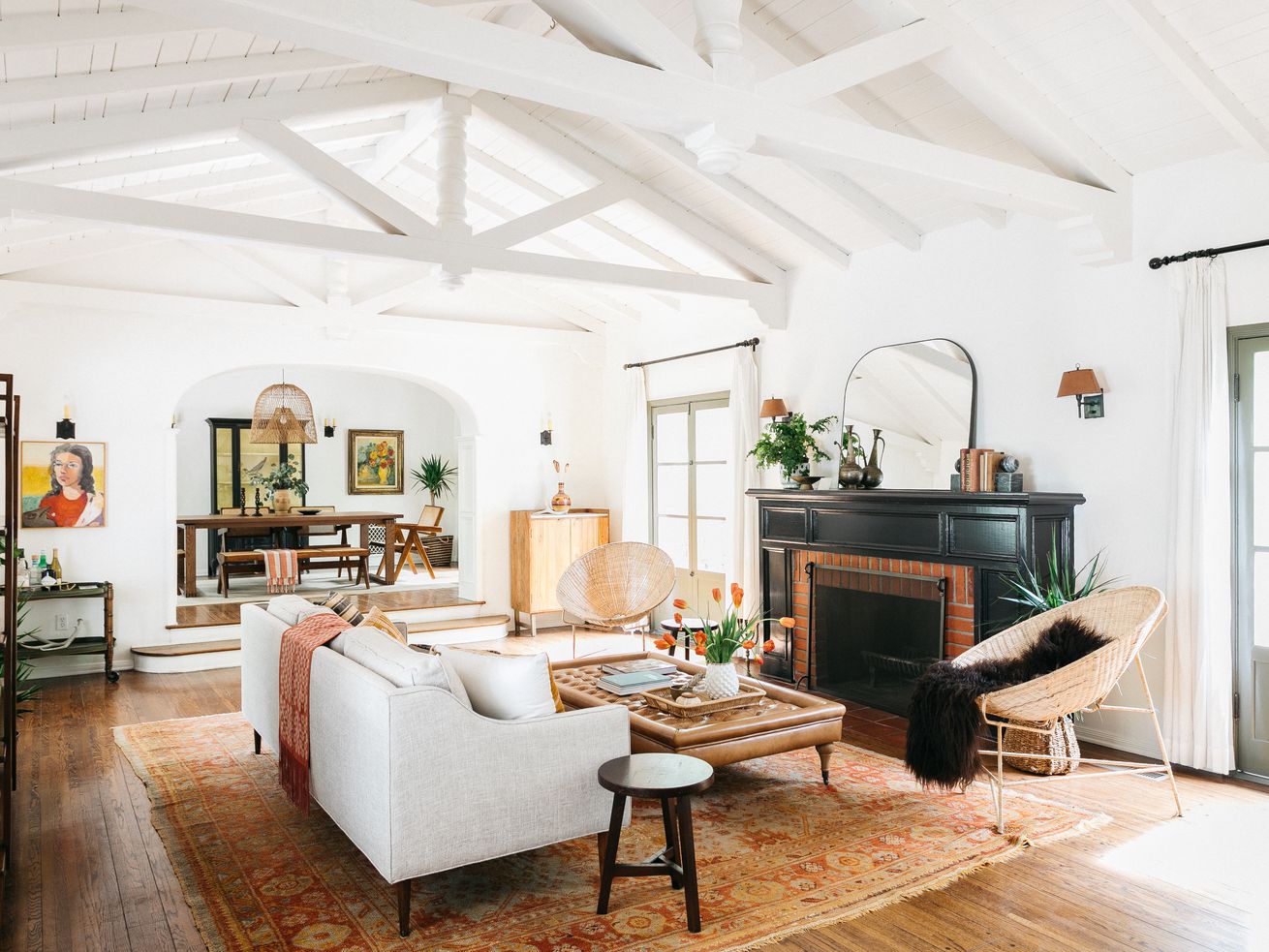 This shelter-magazine-chic traditional in the Cahuenga Pass has a pretty impressive track record as a celebrity magnet.

Designed in 1933 by architect Ralph S. Loring—whose period-revival style homes and apartment complexes can be found sprinkled throughout Hollywood, the Fairfax District, and Mid-Wilshire—it was owned by Mark Ruffalo from 2004 to 2009. Then, the property became the new digs of New Girl star Zooey Deschanel and her then-husband, Death Cab for Cutie frontman Ben Gibbard.

After the couple parted ways in 2012, Deschanel hung on to the property for another few years before decamping to Manhattan Beach.

The half-acre property also contains a recording studio, a designer-done guesthouse, a playhouse, and a gated garden with numerous raised planter beds.