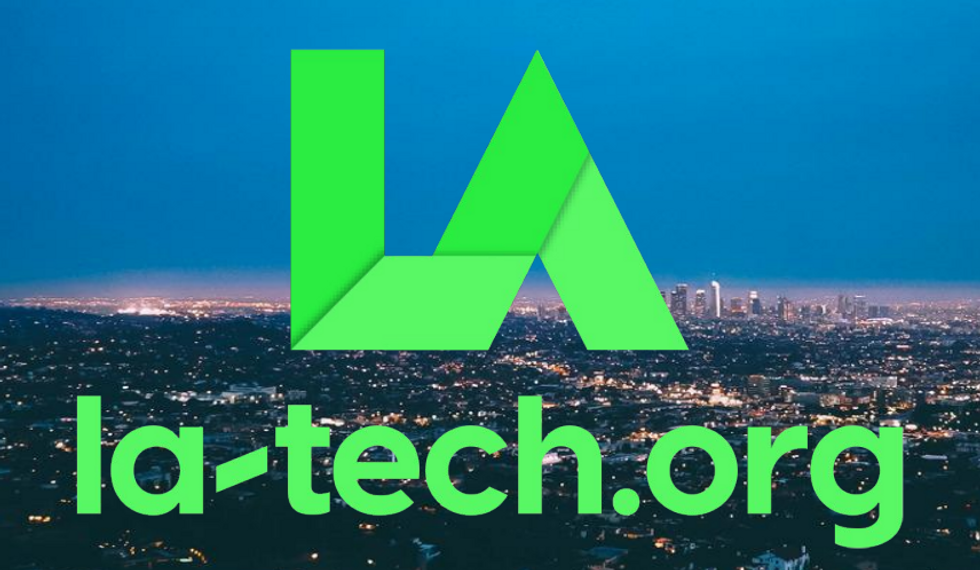 The grand vision of LA-Tech.org as it prepared to launch this month was of a thriving tech ecosystem coordinating its resources to give back to the L.A. community.

Built by a group of L.A. CEOs and founders from the likes of Cornerstone, Blackline and Factual, the coalition originally sought to bridge the growing divide between wealth and want in Los Angeles through programming to provide low-income youth with internship opportunities at tech companies like Snap and ZipRecruiter. The idea was both to give back and to support the burgeoning L.A. tech world by strengthening its local labor pool and helping employees feel connected to their community.

But as the coronavirus plagued one corner of the world after another, holding live events became impossible and the suffering of low-income Angelenos took on new urgency. Taking a page out of the startup playbook, LA-Tech.org decided to pivot. It is now launching with a fundraising program to raise $415,000 for two local nonprofits, Homeboy Industries and iFoster. In doing so, LA-Tech.org is addressing two areas of severe collateral damage caused by the pandemic: food security and the digital divide.

The crisis, Arian told dot.LA, is thus exacerbating the economic inequality that spurred the formation of LA-Tech.org in the first place. Since 1990, low-wage service jobs have grown in L.A. by 17%, while high-wage, mostly high-knowledge jobs have grown by 7%. But middle-wage jobs have plummeted.

Whereas the 2008 recession first struck the well-off – mostly via finance and real estate – the coronavirus fallout is most acute among the economically vulnerable. Worse, the nonprofit community that seeks to serve such people has seen its funding shrivel.

"The need for services for low-income people has gone way up at the same time that revenues – basically donations – to nonprofits have started to dry up," Arian said.

After several conversations across government, nonprofits, and the private sector, LA-Tech.org decided how it would step up.

Combating Food Security with the Homies 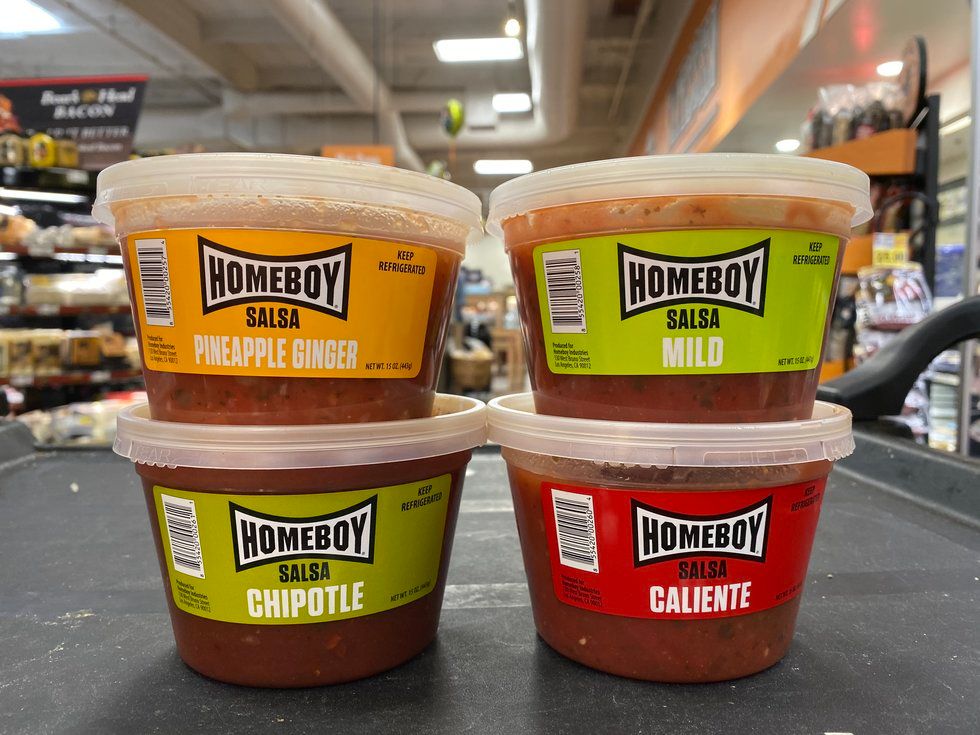 Homeboy Industries helps formerly incarcerated gang members heal from conflict and trauma and re-enter society. Included in its suite of therapeutic programs is its chain of social enterprises – the Homeboy café, bakery and catering service – where a subset of members work and prepare for eventually getting jobs elsewhere. About 90% of participants have never held a job for more than a month, Homeboy chief executive Tom Vozzo told dot.LA.

With the coronavirus shuttering its programming and slashing business traffic, Homeboy can't serve or employ as many people. In response, it, too, has pivoted, to making fresh, prepackaged meals. And it will now be getting a hand from LA-Tech.org.

"If we can get to 1,000 meals a day then in our café we can get to employing the same amount of people we had before we closed our doors," Vozzo said. Currently they're making less than 500 meals per day.

Donations will not just help Homeboy keep its employment program running, but will also bring the prepackaged meals to the needy, including people experiencing homelessness, foster youth, and low-income seniors.

"There are a lot of tech companies that have these huge catering budgets they aren't using anymore," Arian noted. He hopes these funds can be redeployed via LA-Tech.org to Homeboy.

Having adjusted its operations to accommodate social distancing, Homeboy is ready to move quickly. "Once the L.A. tech community donates money to us, in 48 hours we're turning that around into meals."

Filling the Digital Divide with iFoster 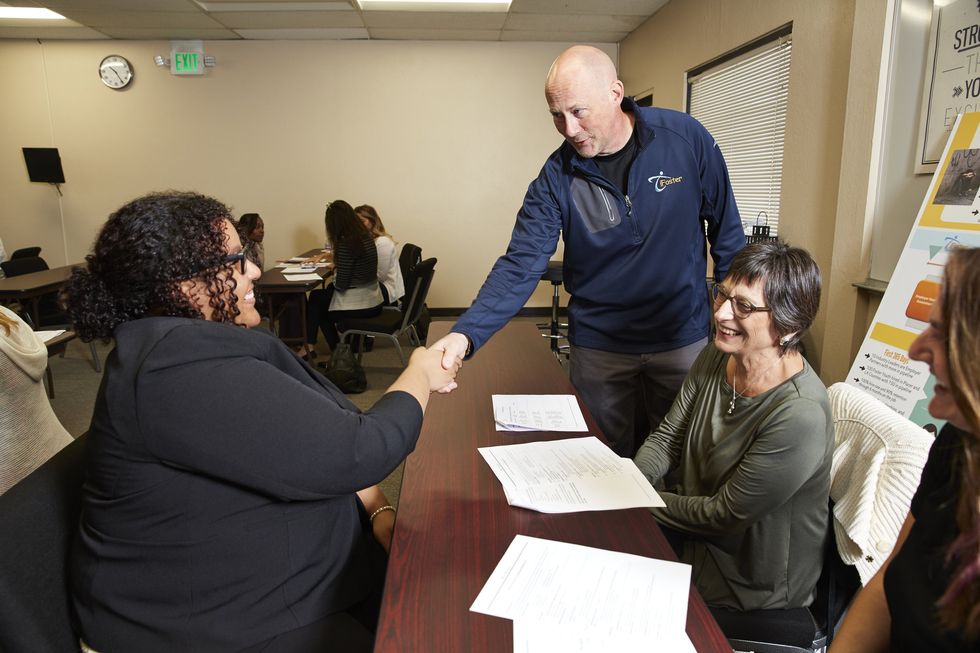 "What happens when someone who's a low-income student has to do all their learning online and doesn't have a laptop?" noted Arian.

Normally, Cox told dot.LA, items like laptops and smartphones are a key priority for iFoster, because technology isn't included in typical child welfare benefits. A joint study with USC, Cox noted, found that only 21% of late-high school and early-college age foster youth in L.A. county had access to the internet and a computing device at home, compared to 79% of non-foster, low-income students aged 13-17, according to a Pew Research report.

"In child welfare, technology took a backseat to basic needs," Cox said. "But now, technology has come front and center as a basic need."

The list of resources that foster youth depend on but can no longer access face-to-face include school, social workers, attorneys, family visits, and therapists. Requests for gear have accordingly ballooned, from their typical 50 per week to over 500.

Stepping Up for L.A.

LA-Tech.org is seeking donations with the goal of helping iFoster provide 1,000 additional laptops.

"Only 8% of foster youth ever get a college degree," Cox said. "We can't make it worse."

Arian wants tech companies throughout the community to get involved with the Step Up For LA program and "make (the campaign) their own."

It's just the beginning of what the LA-Tech.org founders hope will be a continuous collaboration among the tech community in its efforts to give back.

"We felt," said Adam Miller, Chief Executive of Cornerstone OnDemand and co-chair of the LA-Tech.org Board (also a dot.LA investor), "like we could accomplish this collectively much better than we could individually."

Sam Blake is a reporter at dot.LA, where he primarily focuses on media & entertainment. Find him on Twitter @hisamblake and email him at samblake@dot.LA