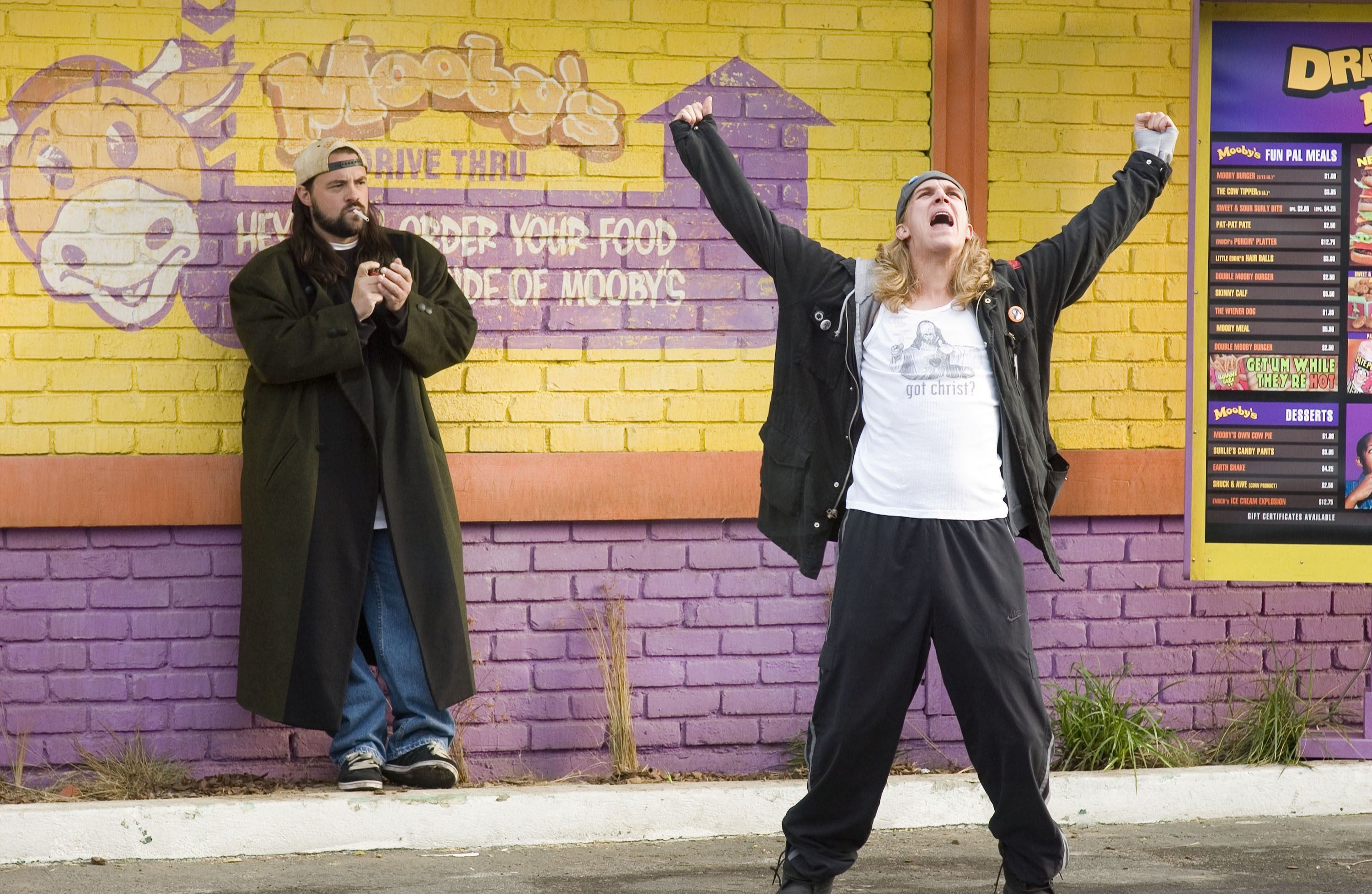 The cartoon cow’s boxed meals launch this Sunday, April 19, thanks to a collab with the team that brought us some of the city’s biggest pop-culture throwback restaurants, including the Saved by the Bell-inspired Saved by the Max and last year’s IRL Good Burger pop-up.

“Ever since I first introduced the fictional fast food joint in my films, folks have said ‘You suck at movies, so open a Mooby’s!’” Smith posted to Instagram this morning.

The writer-director-producer is taking that advice first with the delivery-only Mooby’s, then maybe with a built-out pop-up in the future: Smith and the Saved by the Max team hope to open a full-on Mooby’s later this year, but in the meantime you’ll be able to find it through Postmates until April 25.

“Our teams are aiming to open by summer, but we are continuing to monitor and abide by all safety precautions and requirements before deciding any opening date or run times,” a rep for Saved by the Max tells Time Out, adding that the full pop-up could include items such as the multi-burger–stacked Cow Tipper.

For now, expect items like the “Mooby’s Messy Lasagna Sandwich”—also available vegan—served with a side of “Hater Totz” and chocolate-covered pretzels. And who better to serve up lasagna sandwiches than Royce Burke, the chef behind Secret Lasagna who’s slated for the events company’s Clueless pop-up, as well?

Burke and the Secret Lasagna team—who are also running a temporary market in Saved by the Max’s restaurant space—will be cooking the Mooby’s meals, and for an excellent cause: Much like the donated meals from the Secret Lasagna market, monetary proceeds from the Kevin Smith pop-up will benefit No Us Without You, an organization that helps feed undocumented restaurant and bar workers who’ve been hit by the recent wave of under and unemployment.

As if that weren’t enough, each Mooby’s delivery meal will include a “toy surprise” in the form of an autographed card from Smith, which will also serve as a ticket for “front row slots” when the full Mooby’s pop-up launches.

The Mooby’s delivery pop-up runs April 19 to 25, available from noon to 8pm or until meals sell out. Order through Postmates.